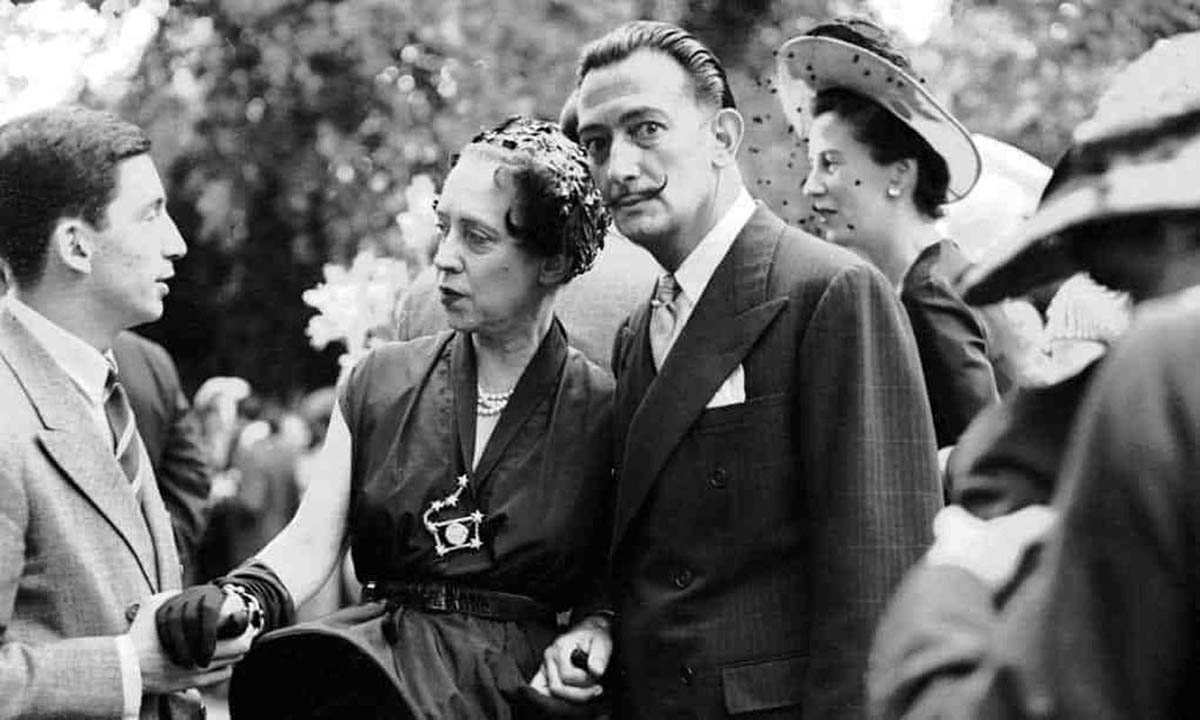 How The History of Art Inspired Fashion Designers

From Renaissance to modern art, fashion designers have long looked to paintings for creative inspiration. Merging art and fashion is not a new practice; instead, it goes back to ancient times, when creative minds draw inspiration from all kinds of materials. Whether it's Gustav Klimt’s signature golden swirls appearing on dresses, Pablo Picasso’s asymmetrical geometry inspiring jackets, or Henri Matisse’s bold painting of a Romanian blouse transforming into a real blouse, the line between high art and high fashion is quite often blurred. Discover how iconic fashion designers reinvented famous paintings and made outstanding collections based on art movements.

It all started when the Spanish surrealist, Salvador Dalí, and the legendary Italian fashion designer, Elsa Schiaparelli, teamed up to create a silk summer evening dress. The gown, which featured a print of an oversized lobster (his idea) that dangled down from the waist, clawed its way into cultural consciousness when the American socialite Wallis Simpson wore it for a photoshoot in Vogue magazine.

The astonishing gown, which featured a print of an oversized lobster—Dali's idea—was the creative child of two masterminds.This connection with the growing art world moved Elsa Schiaparelli into a new realm. She was not just concerned with beauty or transient fashion trends, but with art, culture, ideas and innovation. Ultimately, Schiaparelli was distinctive in her activities with the wider intellectual world, her eccentric chic style proving inspirational to later designers including Muccia Prada.

Austrian painter, master of Symbolism, and founder of the Vienna Secession movement, Gustav Klimt marked the 20th-century history of art. His paintings and artistic aesthetic have long been an inspiration for fashion designers. Among others like Aquilano Rimoldi, L’Wren Scott, and Christian Dior, the designer that directly referenced Klimt was Alexander McQueen. In the resort collection for the spring/summer collection of 2013, he designed unique pieces that seem to be inspired by the painter’s work. Looking at the flowy black dress with the repeating gold pattern on top – a specific painting might come to mind. McQueen adopted abstract, geometric and mosaic patterns in bronze and gold tones incorporating them into his designs.

The famous Dutch painter was one of the most notable representatives of the Northern Renaissance during the 16th century. In the Garden of Earthly Delights that Bosch painted before the Reformation, the artist wanted to depict Heaven and the creation of mankind, the first temptation with Adam and Eve, and Hell, anticipating the sinners. In the central panel, people appear to satisfy their appetites in a pleasure-seeking world. Bosch’s iconography stands out for its originality and sensuality. The whole painting is interpreted as an allegory for sin.

Pierpaolo Piccioli is the main designer of Valentino. The religious artworks from the Middle Ages appeal to him a great deal. The starting point of inspiration for him is the transitional moment from the Middle ages to the Northern Renaissance. He collaborated with Zandra Rhodes and together they designed an inspiring collection in Spring 2017. Piccioli wanted to connect the late ’70s punk culture with humanism and medieval art, so he went back to his roots and the Renaissance, finding inspiration in Hieronymus Bosch’s painting The Garden of Earthly Delights.

In the fashion world, the painting gained popularity as various fashion designers were charmed by its motifs. Blending eras and aesthetics, Piccioli reinterpreted Bosch’s symbols through floating sheer gowns, while Rhodes created the romantic prints and embroidered patterns, with a subtle nod to the original artwork. Colors were definitely a part of the message that fashion designers wanted to deliver. Thus, the collection of floating dreamy dresses is based on the Northern color palette of apple green, pale pink, and robin egg blue.

Vivienne Westwood is well known for raiding and reinventing the closets of the past. With a few tweaks, Westwood totally transformed the look and vibe of the crumpled, opalescent silk dress worn by Madame de Pompadour in François Boucher's 1758 painting, Portrait of Madame de Pompadour. Westwood’s 2003 evening dress Anglophilia contains the designer’s trademark asymmetry to create a cutting-edge take on the original.

History-obsessed designer Vivienne Westwood has referenced the past since her early days in fashion. For autumn/winter 2021, she revived a print from her own archive. Westwood peppered her Boucher print – first seen at her autumn/winter 1990 show and inspired by François Boucher’s 18th-century painting, entitled Daphnis and Chloe – across everything from T-shirts to dresses and outerwear. An updated version of her signature corset was the most noteworthy new piece, given its similarity to the original styles from the ’90s.

The piece, once constrictive with boning in order to cinch the waist, mangling the organs of many Victorian women, can feel out of place in a time when we are taking strides forward for female empowerment. But, of course, Westwood’s corsets aren’t technically made from the same body-crunching materials from days of yore, and given they are the product of Westwood’s offbeat creative vision, they have a welcome jolt of punk to them.

Cristóbal Balenciaga could be described as a true fashion master who reformed women’s fashion in the 20th century. Born in a small village in Spain, he transferred the essence of Spanish history of art into his contemporary designs. Throughout his career, Balenciaga was impressed by the Spanish Renaissance. He often looked for inspiration in Spanish royalty and members of the clergy. Balenciaga transformed the ecclesiastical pieces and monastic garments of the era into wearable fashion masterpieces.

One of his great inspirations was the Mannerist El Greco, also known as Dominikos Theotokopoulos. Looking at El Greco’s Cardinal Fernando Niño de Guevara, there is a resemblance between the Cardinal’s cape and Balenciaga’s design. The painting depicts the Spanish cardinal, Fernando Niño de Guevara, of El Greco’s time in Toledo. El Greco’s ideas were derived from the Italian Renaissance’s Neoplatonism, and in this portrait, he presents the cardinal as the symbol of God’s grace. Mannerism is present all over the painting. It is noticeable in the elongated figure with the small head, in the graceful but bizarre limbs, the intense colors, and the rejection of Classical measures and proportion.

Peter Paul Rubens painted women masterfully, ‘with love, scholarship and diligence.’ The Italian fashion designers Domenico Dolce and Stefano Gabbana wanted to create a campaign that will extol the sensual but also the romantic side of female beauty. Peter Paul Rubens was the most appropriate source of inspiration. The creations of the iconic duo came to be in great harmony with the art of the Flemish painter. In this collection, models posed with great nobility, looking like they just jumped out of one of Rubens’ paintings. The scenery was designed to recall the baroque mirrors and embroidery details. The grace of the figures and the pastel color palette were perfectly highlighting the brocade pink dress. The fashion designers’ choice to include diverse models even more so promoted the body type of that era. The curvy lines Dolce and Gabbana used went against the discrimination of different body types in the fashion industry.

Dolce and Gabbana’s Fall 2012 women’s collection displays many characteristics of Italian Baroque architecture. This collection perfectly coincides with the highly ornate characteristics of the Sicilian Baroque style. The fashion designers focused on Baroque architecture as seen in the Catholic Churches of Sicily. The reference point was Rubens’ painting The Portrait of Anne of Austria. In her royal portrait, Anne of Austria is represented wearing Spanish fashion. Anne’s black gown is decorated, with vertical strips of green embroidery and gold details. The bell-shaped sleeve, known as the “Spanish Great-Sleeve” is also a Spanish-style signature, as well as the ruffled lace collar. Artfully designed dresses and capes made out of luxurious textiles like lace and brocade stole the Dolce and Gabbana show.

The founder of Impressionism and one of the greatest French painters in the history of art, Claude Monet left behind a large artistic oeuvre. Using his home and garden at Giverny for inspiration, Monet captured the natural landscape in his paintings. Specifically, in the painting named The Artist’s Garden at Giverny, he managed to manipulate the natural landscape to his needs. The contrast of brown muddy path against the vibrant color of the flowers supplements the scene. The famous impressionist often chose the iris flower for its purple color to give the effect of a bright sun. This painting is full of life, as the flowers are blooming and embracing the spring. The petals of roses and lilacs, irises, and jasmine are part of a colorful paradise, rendered on a white canvas.

In the same spirit, Christian Dior, a pioneer of French couture, made a huge mark on the fashion world that is still felt today. In 1949, he designed a Haute Couture collection for the spring/summer season. One of the highlights of that exhibition was the iconic Miss Dior gown, entirely embroidered with flower petals in different shades of pink and violet. Dior perfectly illustrated the two worlds of art and fashion and imitated Monet’s aesthetic into this functional dress. He used to spend a lot of time in the countryside, drawing his collections in his garden in Granville, just like Monet did. In that way, he defined the elegant ‘Dior’ style, incorporating the color palette and the floral patterns of Monet into his creations.

The Italian designer Gianni Versace had a long-lasting friendship with Andy Warhol. Both men were charmed by popular culture. In order to commemorate Warhol, Versace dedicated his 1991 Spring/Summer Collection to him. One of the dresses featured Warhol’s Marilyn Monroe prints. He incorporated brightly colored, silk-screened portraits of Marilyn and James Dean that originated from the 1960s onto skirts and maxi dresses.

The Pop Art era was probably the most influential period for fashion designers and artists in the history of art. Andy Warhol pioneered a combination of pop culture and high fashion that made him an iconic symbol of the Pop Art movement. In the sixties, Warhol started to practice his signature technique known as silk screen printing.

Take Yves Saint Laurent’s famous adaptation, for a series of six day dresses that the French designer unveiled in 1965, of the Dutch abstract artist Piet Mondrian’s soulful grids. Though Saint Laurent insisted he was a great admirer of the “purity” he detected in Mondrian’s distinctively austere style, which is characterised by a simplicity of line and elegance of colour, his eagerness to commodify that aesthetic as a luxury garment, which was at odds with what the Dutch painter believed.

The designer showed his appreciation of Mondrian in his fall 1965 collection, known as the “Mondrian” collection. Inspired by the painter’s geometrical lines and bold colors, he presented six cocktail dresses that marked his iconic style and the sixties era in general. Each of the Mondrian dresses varied a little but they all had in common the simple A-line shape and the sleeveless knee-length that flattered every body type. 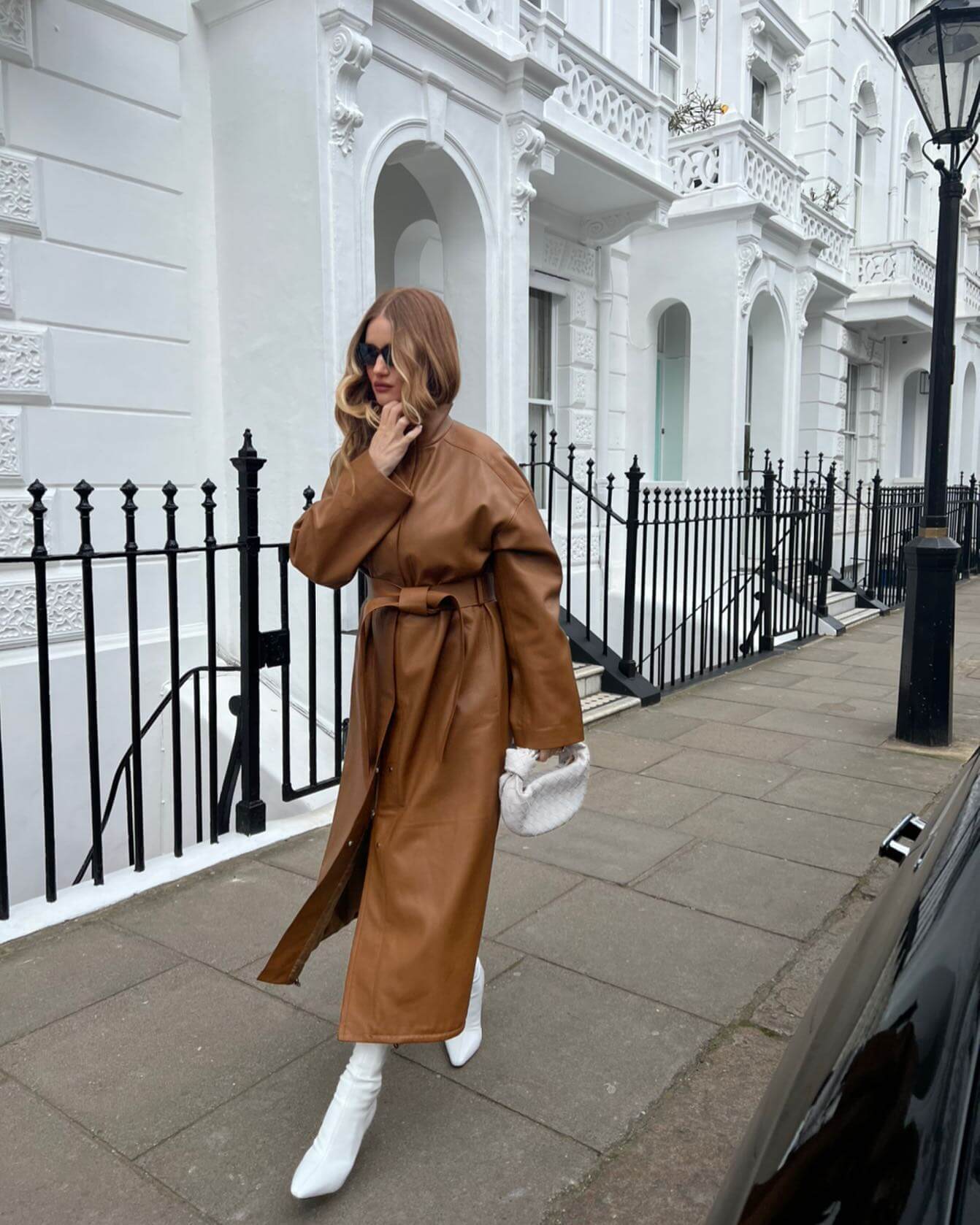 Fashion
Winter Pieces Will Make You Look Expensive On a Budget
November 14, 2022 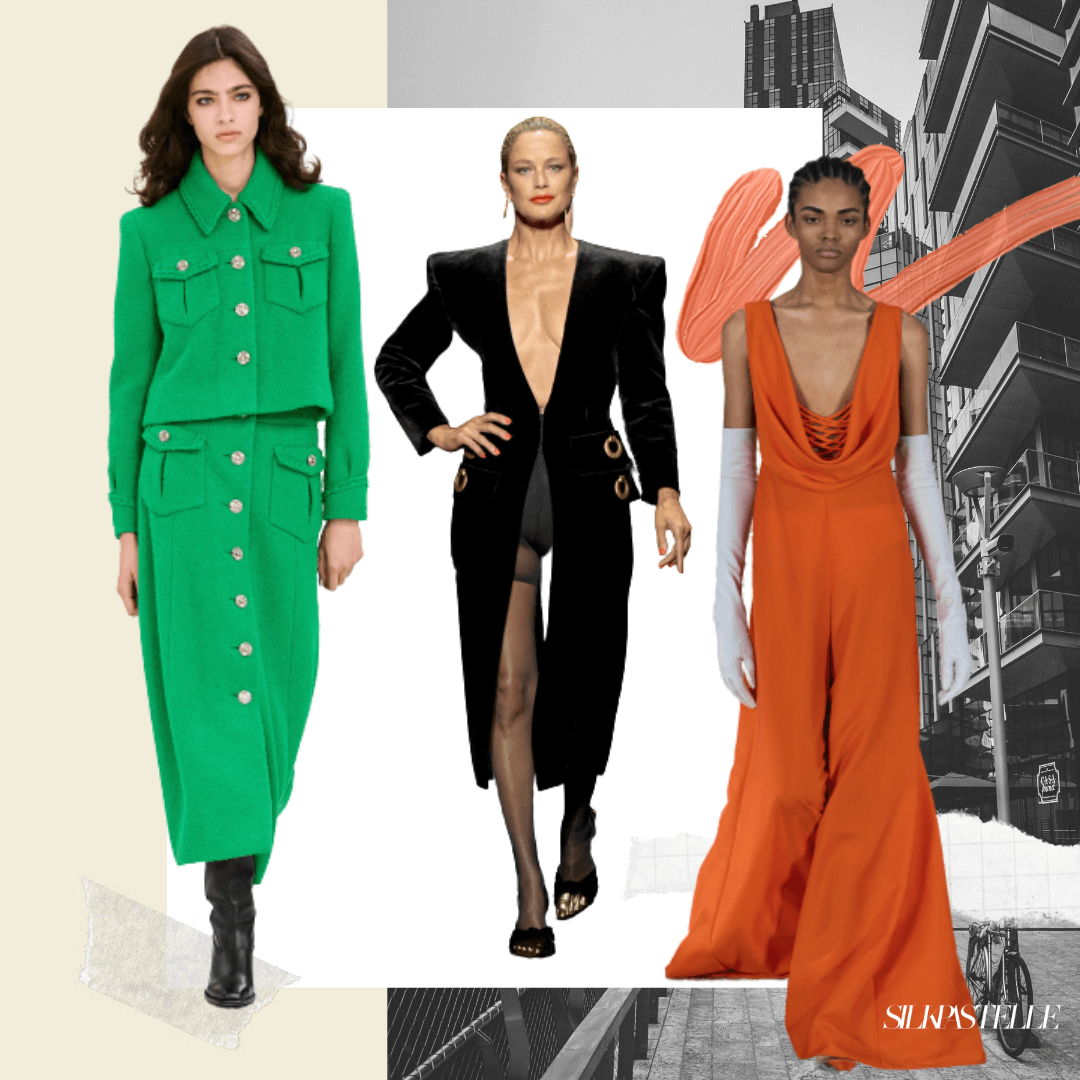 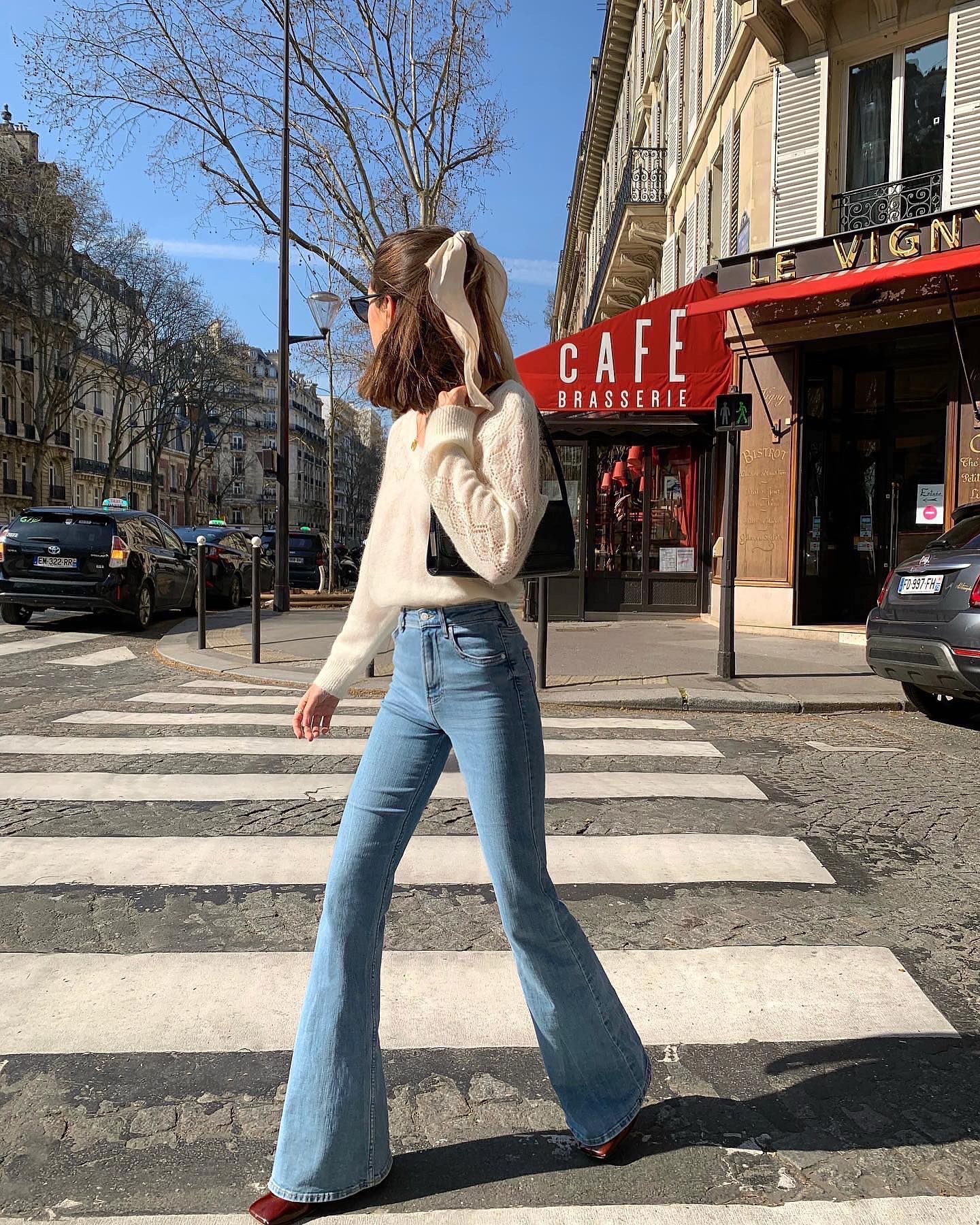